The Vindication of Woody Walder 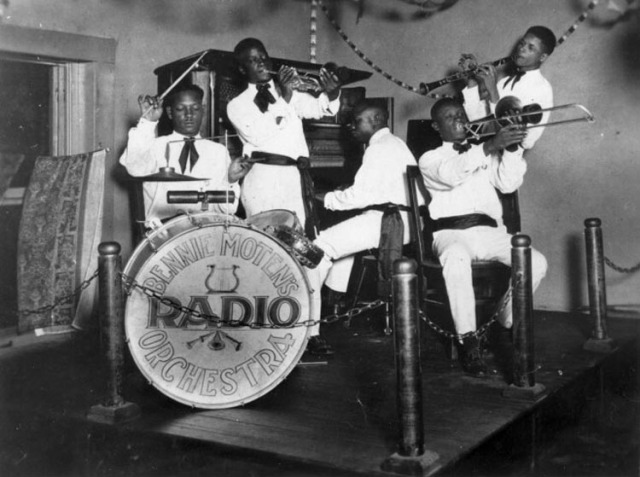 Woody Walder Wails (and Then Some) on Clarinet

Woody Walder didn’t so much play the clarinet as deploy it.  His solos with Bennie Moten’s band are closer to sonic found art sculptures than the poems, speeches and epigrams of his Jazz Age colleagues.  Walder pieced together squeals, squeaks, whinnies, whines and cries, sometimes through the insertion of foreign objects into the bell of his instrument, other times with just his mouthpiece.  The effect (Walder seemed all about effect) could be humorous or disturbing, at times grating, but was always surprising.

Walder’s particular sound of surprise hasn’t served his legacy well. Most jazz historians locate Walder’s playing somewhere between a tolerable novelty of the times or a now dated commercial evil, perhaps higher than comb playing and barnyard theatrics, but far below the fine art of plunger-muted brass.

It’s a pity Walder missed out on noise music, the Art Ensemble of Chicago’s experiments or the deliberately nasal, percussive and off-pitch curveballs of the World Saxophone Quartet.  The avant-garde as well as Walder and contemporaries such as Fess Williams (and even King Oliver at his onomatopoeic) all relished vocally inflected, “unmusical,” weird and occasionally cacophonous sounds.  Apparently Walder’s mistake was doing it for a willing and wide audience.

It’s best to listen to Walder on his own terms, neither as historical victim or stylistic precursor, but simply as a musician playing on a record.  Better yet, forget the man and just listen to the wholly unique, singularly “ugly” sounds twisting pitch and time on “Elephant’s Wobble,” “Thick Lip Stomp” and “Yazoo Blues.”  If you’re craving context, listen to how Walder’s solo on “Midnight Mama” at times resembles a hybrid of Rex Stewart’s half-valving and Bubber Miley’s gutbucketing, transplanted to Eric Dolphy’s honking, metallic reed.   It’s a hell of an act, or art, if you’re into that sort of thing.