The All Music Guide states that Larry Binyon “needed someone to hold the door open for him when he arrived at a recording studio or radio broadcast date.” It’s an unsubstantiated anecdote but an accurate image. By the early thirties Binyon was, in violinist Harry Hoffman’s words, one of New York’s “first-call” studio musicians who could “play anything.” With his move to fulltime radio work in 1936, Binyon would have been playing his tenor sax, flute and oboe, probably clarinet (and possibly the “few fiddle credits” mentioned by AMG writer Eugene Chadbourne) in any number of musical settings.

While trombonist Larry Alpeter adds, “most of these [first-call] guys had fine jazz skills,” Binyon’s appearances on jazz records and already sparse solo spots dried up by the mid forties. He is one of two tenors on Billie Holiday’s 1944 Decca sessions with Toots Camarata’s orchestra, but it’s unclear whether Binyon or Paul Ricci handle the few brief solos on these recordings. Binyon is strictly an ensemble player on his final jazz session, with Jess Stacy’s big band in June 1945.

After close to twenty years of having his hands literally and figuratively full in New York City, Binyon moved to Los Angeles in 1946. Red Nichols expert Stephen Hester notes Binyon working with Nichols in California, this time in Bobby Dolan’s orchestra on The Ford Show (starring Dinah Shore) from September 18, 1946 through June 11, 1947. Yet Binyon had also relocated to work as a recording contractor for the American Federation of Musicians.

If Binyon was looking to segue into a “behind-the-scenes” role, the paucity of documents from this period indicates that he got his wish. Drummer Johnny Blowers does recall a February 8, 1950 session with Phil Harris organized by Binyon, but otherwise Binyon’s activities as an organizer are largely unrecorded. A new home, warmer climate and slower pace on the West Coast were probably a welcome change for him. It also would have allowed him more time with his son Claude (born in 1940 and named after Larry’s father).  Blowers actually secured the Harris date when he ran into Binyon in New York, who was on a vacation of all things.

Blowers also notes that Binyon was still playing with West Coast bands, though it must have been less hectic than the New York scene. Binyon frequently worked with Phil Harris in Los Angeles, previously co-writing “Bump On The Head Brown” for the entertainer along with Chauncey Morehouse and Frank Signorelli (now that would have been a trio!).

Binyon worked the 1952 and 1953 seasons of the Phil Harris and Alice Faye radio show alongside Nichols in Walter Scharf and Skippy Martin’s bands, recorded five numbers with Harris on December 27, 1953 for RCA Victor, packed his gig bag(s) for a tour of Asia in the early fifties and booked sessions for fellow players: it all must have been a breeze for this seasoned musician.

He seems to have stopped playing completely by 1955. Based on Binyon’s track record, that must have been by choice rather than necessity. His story fades even further after that decision: marriage to a second wife in Nevada in 1962 and then a third wife in California in 1966, followed by a divorce two years later. Larry Binyon passed away on February 10, 1974 (followed by his brother Hugh in 1978 and then son Claude in 1999, both of whom died childless).

Other than personnel listings and occasional mention by his contemporaries, most of whom are now also gone, Larry Binyon has faded into the background behind more famous names. It’s easy to make a comparison between his legacy and his work, but that would dismiss the talent that earned Binyon such fast company in the first place. How else does one get to play with everyone from Tommy Dorsey to Benny Goodman to Billie Holiday and Fats Waller?

Binyon’s versatility and sheer ubiquity may have actually helped force him into the background. Had he stuck to one or even two instruments, it might have been easier for bandleaders and listeners to remember him. Yet jumping between dozens of dance bands, jazz groups, studio ensembles and radio orchestras, covering a multiplicity of parts as the schedule demanded, always on hand to make every arranger’s’ whim seem like an easy task, it was easy to see Binyon was capable of anything but probably harder to associate him with one thing.

There are enough accolades to show that he wasn’t just any sideman, yet not enough solos to determine what kind of a jazz musician he was (in a world where “jazz” is synonymous with “soloist,” anyway). Depending on how one hears his music, Binyon either lacked the ability or opportunity to inspire followers (though musician and writer Digby Fairweather detects Binyon’s influence in Georgie Auld’s earliest performances). In the end, it’s hard to depict him as a “jazz artist” and inaccurate to dismiss him as some studio drone.

Depending on how one reads his story, Larry Binyon is either a neglected musician, or a person who made a life’s work doing something he was very good at and presumably enjoyed very much. Whatever the interpretation, his ability as well as his impact on jazz and/or/a.k.a. American popular music is undeniable. He was right there next to some of music’s greatest names, as much by his choice as theirs. Maybe Larry Binyon was simply exactly where he wanted to be. 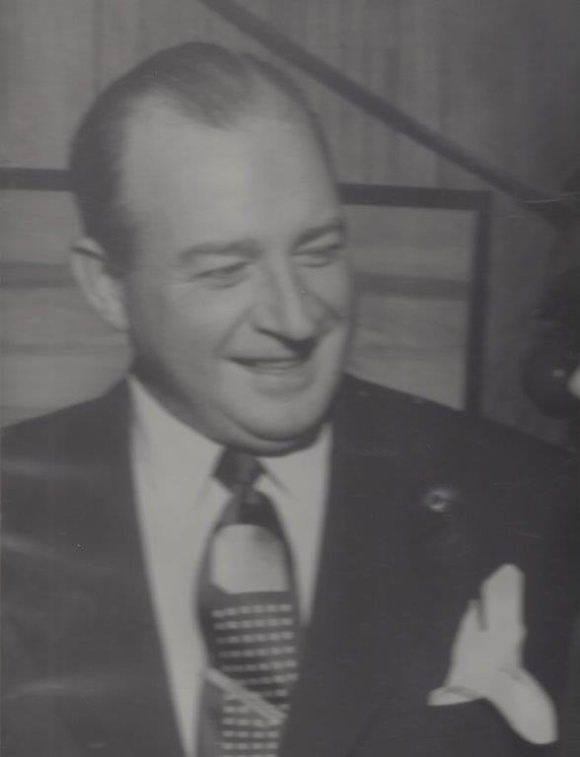