Walter C. Allen’s massive discography of the Fletcher Henderson band lists either Don Redman or Buster Bailey as the bass clarinet soloist on three takes of “Why Couldn’t It Be Poor Little Me?” Historian John Chilton is more precise in his award-winning The Song Of The Hawk, praising Bailey alone for the “admirable” bass clarinet of these records [starting at about 1:35 into takes one, two and three below]:


Bailey’s runs and arpeggios, confident octaves and solid tone on the B-flat soprano clarinet are much closer to these bass clarinet solos than the smears and whinnies that Redman brought to the standard clarinet (unless Redman was really keeping his skill under wraps). Bailey was probably the more serious student of the clarinet and definitely the happiest of the group to play it: several writers have documented that neither Redman nor third reed Coleman Hawkins enjoyed playing clarinet. It’s hard to imagine Redman applying an unexpectedly proficient approach to the larger, unwieldier version of an instrument he disliked. As for Hawkins, it’s definitely his C melody saxophone following the bass clarinet, practically stepping on it during take two.

Process of elimination notwithstanding, the bass clarinet on the three takes of “Why Couldn’t It Be Poor Little Me?” and the bonafide Bailey obbligato on two takes of Henderson’s “Copenhagen” all feature similar rapid-fire intervals and a distinct intensity:


There is also Bailey’s sound. Commenters have pointed to Bailey’s shrill top notes but his chalumeau was always rich, centered and as warm as his upper register was bright. The second half of the third take’s solo really drives the connection home. For further comparison, check out Bailey’s brief but rewarding dips into the lower register on a trio recording of “Papa De Da Da” from a few months later:

For further enjoyment, listen to Bailey’s bass clarinet decades later on his own composition “Big Daddy And Baby Sister”:

For that matter, check out back-to-back-to-back Bailey on all three “Why Couldn’t It Be Poor Little Me?” bass clarinet solos, excerpted from each take in sequential order:

The oaken sound of the instrument, Bailey leaning into blue notes and stretching the tune into jittery noodles is an effective bridge between Louis Armstrong’s searing licks and Hawkins’s hefty C melody sax. It’s no surprise that so much has been written about Armstrong and Hawkins from this period, but it’s interesting to focus on Bailey. Apparently the arranger (Redman?) thought so: the Henderson band had already recorded Isham Jones’s new tune a few days earlier but now added this chorus just for Bailey, in stop time for further effect.

Also interesting is the use of the bass clarinet itself. The instrument didn’t exactly have a renaissance during the twenties but pops up often enough to make an impression. Eric Dolphy and others bass clarinetists garner more attention in jazz histories than Bailey, Bobby Davis or Johnny O’Donnell. The assumption seems to be that a musician playing bass clarinet in a twenties dance band did it for the sake of commercial novelty while the postwar generation were sincere experimentalists. Thank goodness is it is easier to decode soloists than historical classifications! 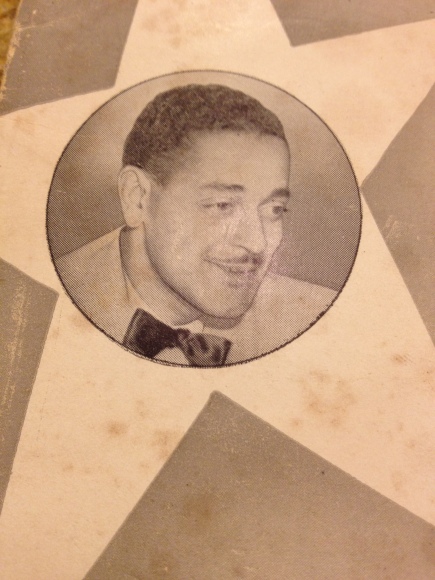