Getting To Know Larry Binyon 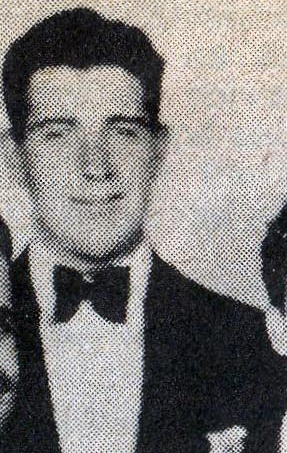 And we’re back! Curious how I spent my holiday vacation? Read on…

Reality television notwithstanding, ubiquity and fame are two very different accomplishments. Just ask Larry Binyon. More practically, Google him: he appears on dozens of record dates (150 jazz sessions alone according to Tom Lord), usually listed alongside some legendary names. Yet that’s all most historians and musicologist have to say about him. Larry Binyon is all over jazz history but not a well-known part of it.

He must have been an impressive musician to get work so consistently, especially with the likes of Benny Goodman, Fats Waller, Red Nichols, the Boswell Sisters, the Dorsey Brothers and other famous names. He also doubled several instruments, mostly playing tenor saxophone but contributing on flute when it was rarely heard in a jazz context. Binyon could also improvise in addition to read and double. Given the company he kept, he got to read and double far more often than he got to take a solo.

Years later and with very few solos on record, sidemen like Binyon can seem like historical packaging material. They surround the names we know best, provide musical as well as personnel background but otherwise end up padding the “real” artistic goods. After all, isn’t jazz “really” about improvisation? Weren’t there “better” improvisers around? Didn’t other musicians double? Couldn’t “anyone” have read the chart, as Binyon did?

Perhaps, but only from the luxury of listening decades later. To musicians, someone who could do all three (and maybe even show up on time and in uniform) would be a precious resource. There must have been a reason why Larry Binyon got to play so often. He also recorded quite a bit, even some of those improvised solos that jazz purists like to hunt down between all the written stuff, which Binyon also made possible. That sounds like far more than filler, and it definitely sounds like an important part of the music.

So holiday vacation was spent researching Larry Binyon. It began with sheer curiosity, and the hope of writing one blog post. A few thousand words later, I decided to spare the reader’s attention and give myself even more time for research, so I’m going to explore the life of this musician, and more importantly his music, over a few blog posts. There isn’t a ton of material out there on Binyon, and (goodness knows) it’s not all in one place, so I figure he warrants a couple of entries on my modest blog. The next post will cover Binyon’s earliest days, from growing up in Illinois to his first jazz record.