Stomp of the Unknown Sideman

It Turns Out Ignorance Can Be Bliss, and Quite Danceable

Baudrillard frequently references “the real [italics mine] that forces the world to face us, expurgating it of any secret complicity, of any illusion.”  In his own circuitous way, Baudrillard points (!) out that modernity is gradually but ever more efficiently robbing the world of wonder.  The unchecked ambition for knowledge, the sheer volume of data/numbers/statistics circulating everywhere and the immediate, constant access afforded through media and technology threatens to make everything searchable, linkable and available.  The simple joy of mystery is becoming extinct, one click and one study at a time. 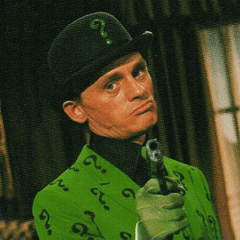 "I'm telling you, it's Don Redman's band on 'Birmingham Bertha'"

For devotees of the pop of yestercentury, mystery is a given.  A favorite artist with lost works, pieces by an unknown/misattributed composer, legendary performances that went unrecorded or missing personnel listings are all too common.  When the players are known but the music is gone (for example the great live gigs no one will ever get to hear, or all of the great musical moments from before the advent of recorded sound), acceptance tempers speculation.  When there’s an actual record, an actual soloist that sounds seductively like Bix Beiderbecke or a hell-raising ensemble heard nowhere else, it can inspire spirited, occasionally heated discussions.  Yet despite all of the seminar chats and Facebook lectures, in many cases the Truth will never be known.

Listening to the unknown players of the Sunset Band on test pressings for example, it might be satisfying to confirm  that it is in fact Freddie Keppard on trumpet and Buster Bailey on clarinet, as many have speculated.  It might even shed some more light on these artists, or provide another precious example of their artistry.  It wouldn’t change the elemental drive of the band on “Wolverine Blues,” or their haunting ensemble chords on “Ivy.”

Like the Sunset Band, the Palledo Orchestra of St. Louis  also has a body of conjecture surrounding its members’ identities, which are now lost to the sands of time, or the dust of bookkeeping.  Research may one day tell who the musicians are, but for now Google queries and digital analyses will draw a (beautiful) blank.  On record the group has its own distinctly scrappy groove and gloriously busy soloists, with an unknown bass sax  briefly taking over on “What-Cha-Call-‘Em Blues.”  While musicologists and aficionados agree that it’s Adrian Rollini‘s bass sax on a session under George Posnak’s name, no one is sure who is providing the stream of solos on “Black Horse Stomp.”  Those solos still remain, and they remain personal, even if we don’t know the personalities behind them [check out the following clip at 3:06]:

Record collectors, scholars and fans will continue to debate and argue who’s responsible for the sounds that continue to captivate audiences after so many decades.  As long as the debates remain spirited, honest and friendly, we can all look forward to hearing more of them.  Still,  there’s something profoundly revealing about music that reveals nothing beyond the way it sounds.  It reminds us that it can be ( or simply is) all about the music, and that certainty is occasionally superfluous.

Unlike Baudrillard (or this writer), it even does all that in under three minutes!